Bangkok is a large metropolitan area hosting more than 7 million people. The city is situated on the Chao Phraya, a major river. Being situated on a very flat landscape, the city is intertwined by a dense network of canals which have earned it the name “Venice of the East”. Water in the canals is stagnant and very polluted.

Whilst walking through the streets or enjoying your Pad Thai, the stench of the sewer lingers by. The culprits are volatile fatty acids and hydrogen sulfide that evolve by anaerobic digestion of organic matter accumulated in the sewers. The warm climate speeds the process up even further. 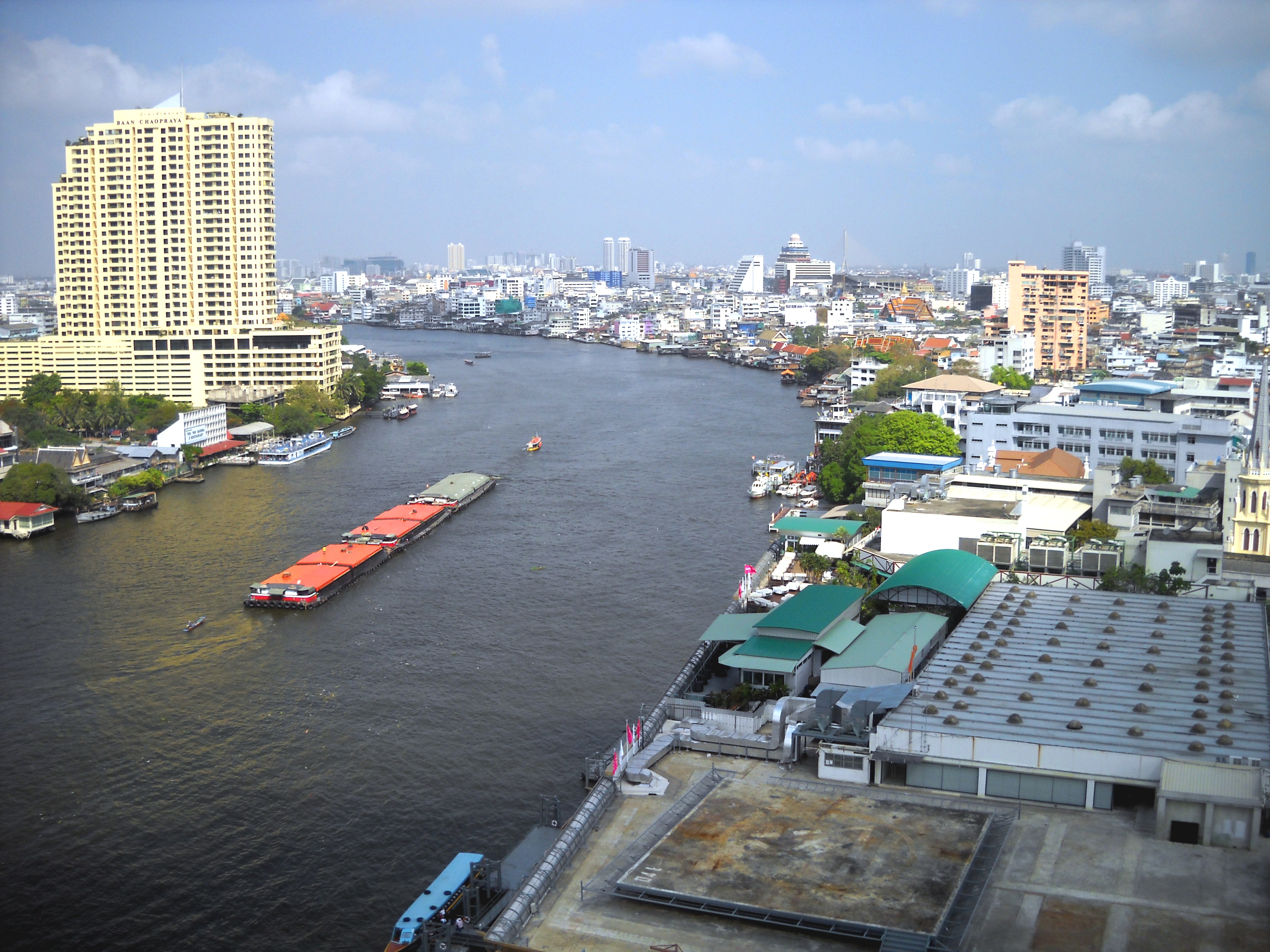 An experienced traveler told me that in the past it used to be a lot worse, since the canals of the city served literally as open sewers. When the local government realized the damaging effects on the environment and health, efforts have started to alleviate the situation. This was at the beginning of the 90’s.

Currently the population is served by seven waste water treatment plants with a combined capacity of 1 million m3 per day.Their planning and construction has been a great success. However, Bangkok’s population produces almost three times as much waste water, which means that the majority is still left untreated. You will be quick to notice that water in the canals is grey and bubbles of methane rise from the bottom every time a lizard swims by. Fortunately, three plants are at various stages of planning or construction. Combined, they will expand the current capacity by 70%. So it’s already getting better, but it is not enough.

A lizard in one of Bangkok’s  canals

It is clear, that a modern and thriving city needs an appropriate waste management to maintain a good health of all of its inhabitants. The Bangkok Metropolitan Administration (BMA) has got, in my opinion, two ways to go. The traditional one is to build an extended network of sewers in this densely populated city. The advantage is that the technology is well understood and used to treat the majority of waste water produced around the globe. The disadvantage is the need to create a vast underground network of pipes under a busy metropole. Those pipes will need regular cleaning, and due to the flat landscape, stimulating a natural flow of sewage will be a challenge too.

Methane bubbling out of  a canal

BMA’s second choice is to go for Decentralized Water Treatment Systems (DEWATS) by a more advanced technology than septic tanks, which are already in place. Flo-Bro is a great supporter of DEWATS and will strive to develop such a technology. In one of the next blog posts, we will inform about the potential of Anaerobic Membrane Bioreactors which could fit this role well ( if you can’t wait, visit theMBRsite to learn more). The advantage is that small systems are easy to fit to densely built-up areas. Water is treated to such a high quality, that it can be discharged into the surface water without any detrimental effects. The downsides are that these systems have not been proven yet and will require trained staff for maintenance.

The deciding factor in choosing publicly funded projects are the costs. In the past two decades Thailand has already invested more than € 2 billion in traditional treatment technologies. If DEWATS can prove to be cheaper, choosing them would become a no-brainer.

Bangkok would be a great place to start with AnMBR as DEWATS. It is a rich, thriving city which can afford to invest in its population. It needs to take large steps to improve from status quo.

Bangkok has got it all to become a leader in sustainable water treatment and follow the example of Singapore. So let’s hope that it will shift from its current obsession of building enormous air-conditioned malls to deploying small AnMBR units.