Water (H2O) is a V-shaped molecule consisting of one oxygen and two hydrogen atoms. Due to its shape and chemistry, water molecules behave like magnets. When charged ions of sea salt (sodium and chloride) dissolve in water, the molecules rush to embrace them – give them a hug. Water holds on very tightly to fellow ions which makes it very hard to separate them again. When producing drinking water from sea water (desalination by reverse osmosis) you need special types of membranes, and a lot of energy to remove salt from surrounding water. A lot of energy means lots of emissions and money. That’s why we should try to purify and reuse fresh water resources, before turning to sea water desalination. 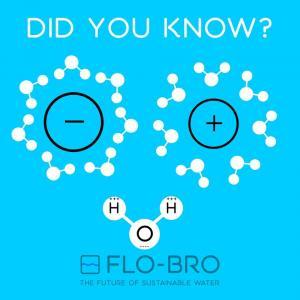 However, if there really is no other option, and you need to turn salt water into drinking water, here are two options to do it yourself:

If you have access to a pot and a stove, there are six relatively easy steps to be followed to get drinking water:

Place the cup into the middle of the pot.

Make sure that you don’t spill any salt water in the cup.

In case you are out in the wilderness and have no access to a pot and a stove, then solar desalination is an option: